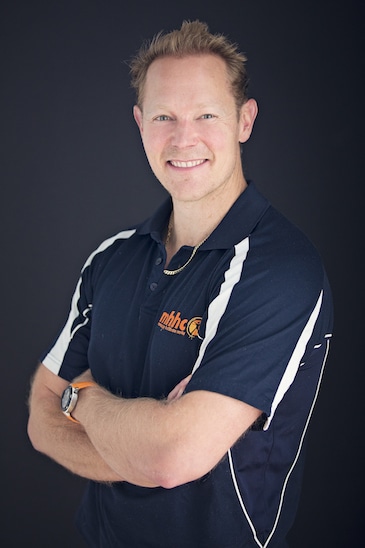 Dave Berg is the founder of Berg Physiotherapy and a director of Movehappy Healthcare.
Dave graduated from the University of Sydney in 1995 with Distinction. He returned to work in Canberra in 1997 and after working in a number of practices established Berg Physiotherapy in April 2002.
In 2007 Dave completed his Masters in Manual Therapy through the University of Western Australia, where he was awarded the class medal. Dave has also completed numerous other postgraduate courses including his level three APA Sports Physiotherapy qualification.
Dave has a particular interest in the treatment of pelvic pain and real time ultrasound for muscle retraining. Dave has been the contracted physiotherapy provider for the AFP Police College in Barton since 2006. He has provided medical coverage over the years to Tuggeranong Rugby Union, East’s Rugby Union, St Edmund’s and Marist College Rugby Union, and Eastlake Football Club. 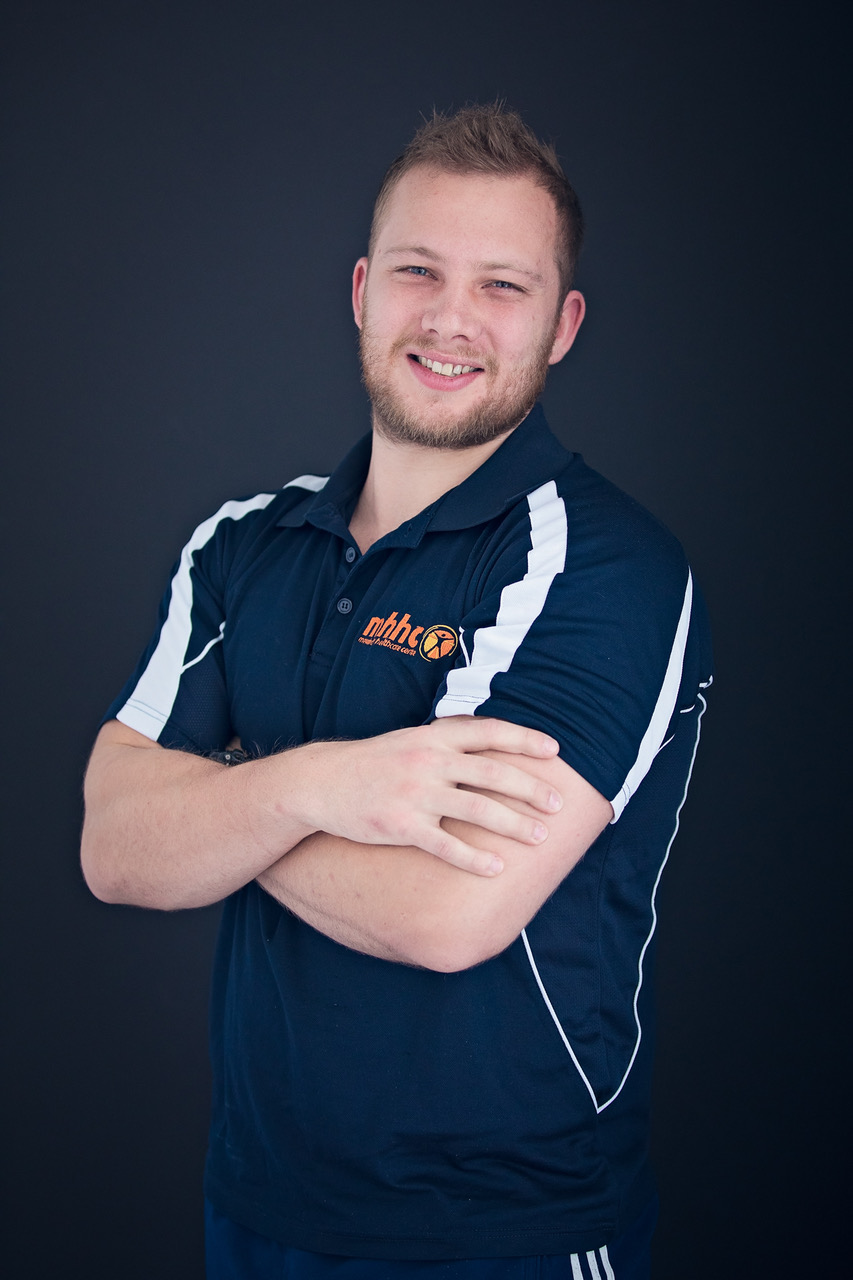 Ryan is a director and senior physiotherapist for Movehappy Healthcare. He completed his Bachelor of Physiotherapy at the University of Canberra. Throughout his degree he gained employment with The Canberra Hospital as a physio assistant, working in neurological rehabilitation, medical wards and outpatient rehab. The last year of his degree was spent working in musculoskeletal physiotherapy alongside sports physios and providing sports trainer services to several sporting teams. After graduating, Ryan began work in private practice, where he has remained since. He worked with the CBR Brave Australian Ice Hockey League team and the Belconnen Blue Devils National Premier League football team in their 2016 seasons. He continues to treat athletes from novice to professional levels on a regular basis. Ryan enjoys working with a broad range of clients, from post surgical rehabilitation to acute injuries, cervicogenic headaches, TMJ disorders and chronic pain; to name a few.

Ryan prides himself on using evidence based practice and is passionate about ongoing professional development. He has used courses such as, Mulligan Concept, Lyn Watson shoulder courses, Barb Hungerford’ courses on Pelvis, SIJ, rib and spinal dysfunction and GEMt trigger point dry needling to assist in developing his skills. Ryan is also slowly working his way through a Masters in Strength and Conditioning and a Masters of Musculoskeletal Physiotherapy. 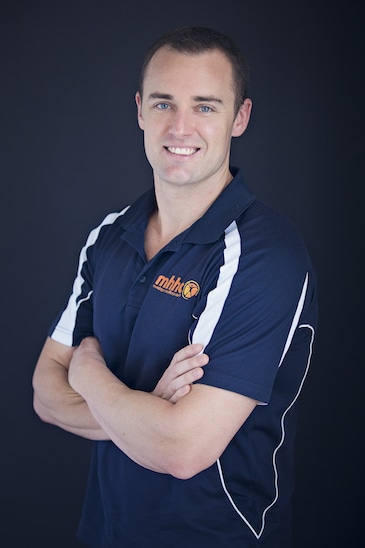 Ben spent 9 years in the fitness industry before graduating from UC with a Bachelor of Physio.
During this time, he learnt the value of increasing a person’s physical capacity, and empowering them with the knowledge to preserve and increase it.
As a former swimmer, he understands the demands of elite training, competition schedules, and how frustrating injuries can be. He is particularly passionate about assisting athletes to break into the ranks of the elite.

As a physio, Ben’s goal is to return people to maximal function post-injury, and reduce their risk of recurrence through body awareness and reduction of imbalances. 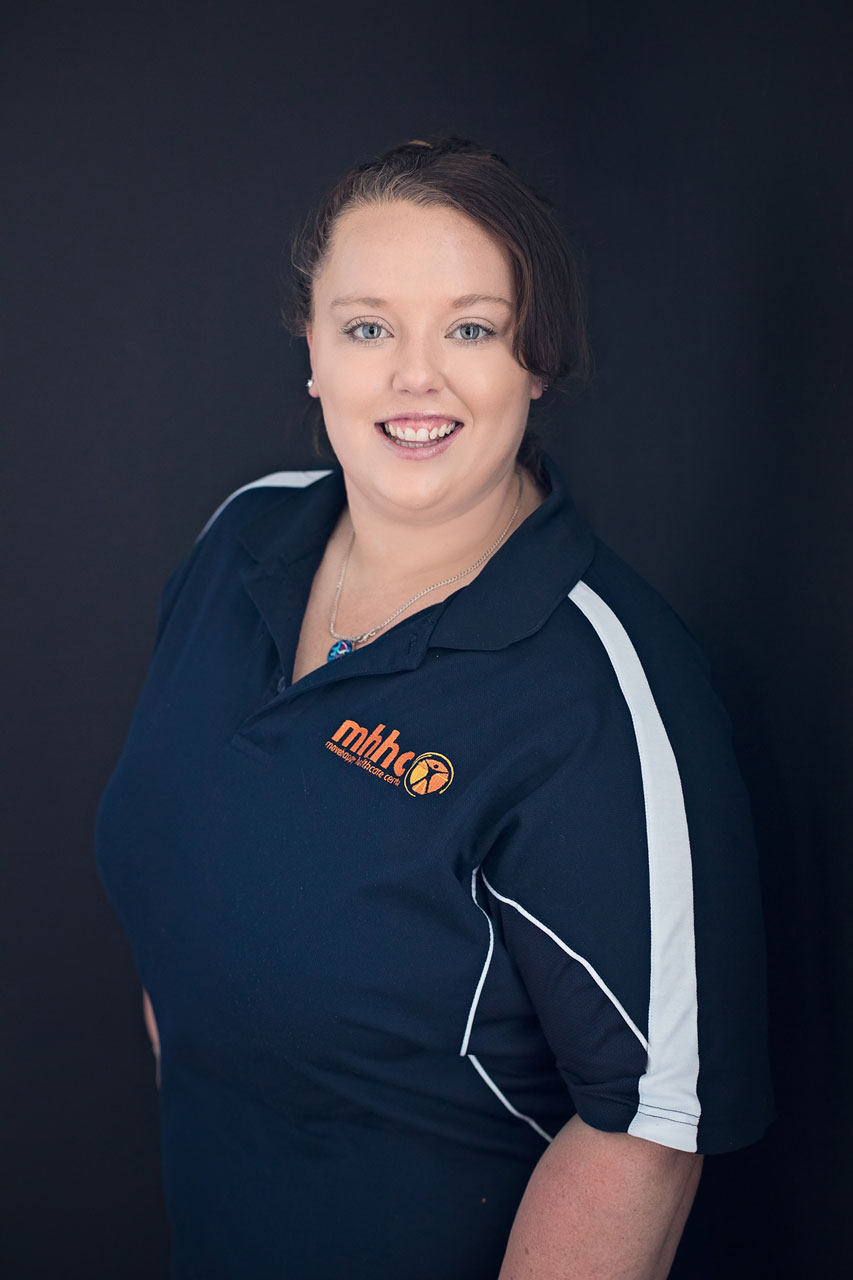 Hannah undertook a Bachelor of Sports Coaching and Exercise Science before completing her Master of Physiotherapy at University of Canberra where she placed top 5 in her year for musculoskeletal practice.

Hannah has played and coached high level basketball, sports trained for the Canberra United Academy and Belconnen United Football squads and worked in the fitness industry for 5 years so understands the importance of conditioning post injury for a strong return to sport or activity. Through this work she has also developed a focus in the adolescent and geriatric populations and can’t wait to use her knowledge to help all her clients become the best functioning versions of themselves. 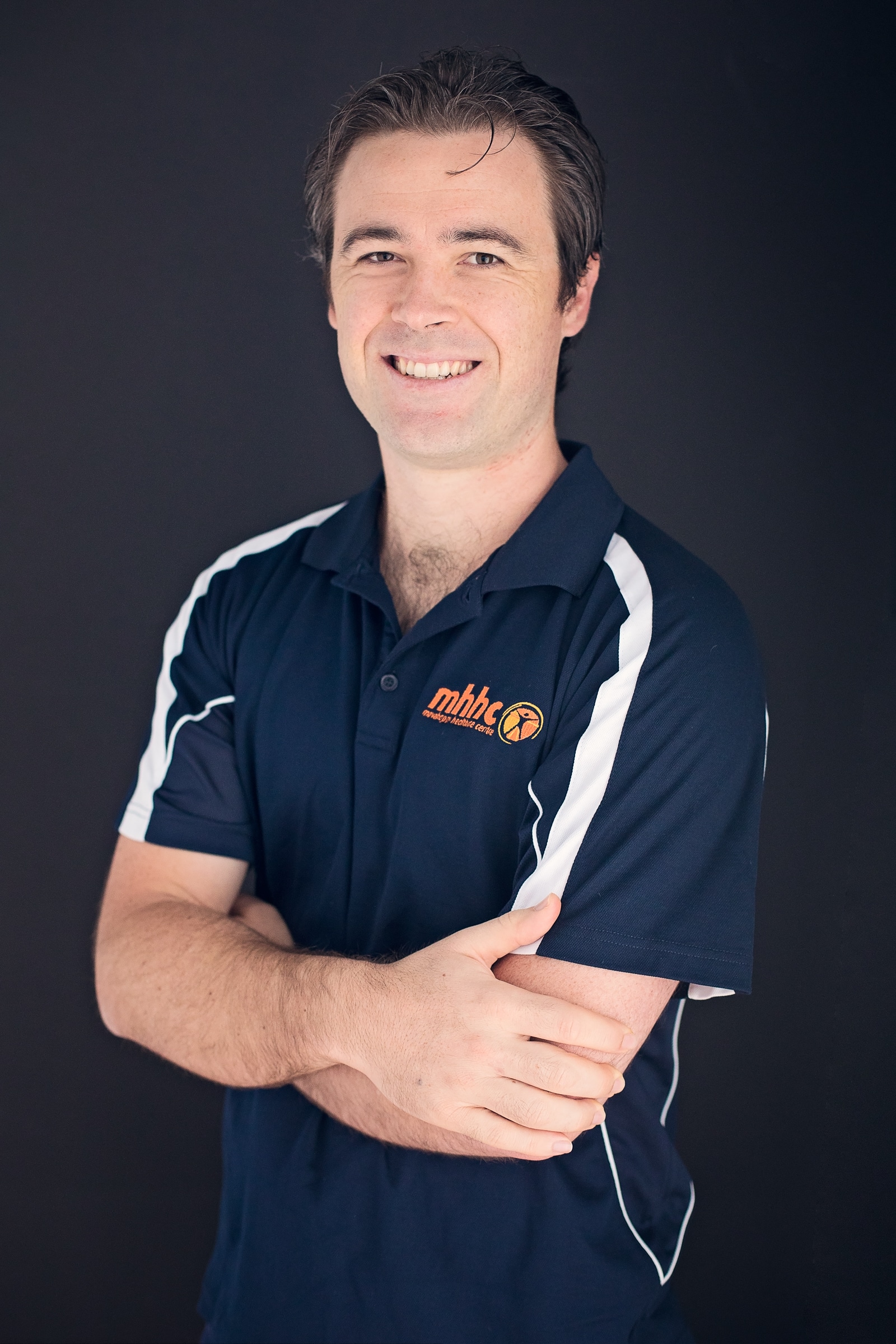 Hamish van der Hoek completed his Bachelor of Physiotherapy at the University of Canberra. Hamish came to physiotherapy later in life, having started off as a civil engineer and has not looked back since. Hamish has a particular interest in lower back pain and having suffered from it in the past, understands how debilitating it can be. Hamish has found that hydrotherapy can often complement in clinic treatment well for a variety of conditions and will happily customise a program for you. Having previously coached tennis for 15 years, Hamish understands both the mental and physical components required for an athlete or weekend warrior to perform at their best. Outside of work, Hamish enjoys playing tennis, rock climbing and hanging out at a beach whenever possible.

Jacob is a Canberra man at heart studying at Marist College before moving to Melbourne to study Physiotherapy (Honours). He graduated from Monash University in 2017 with First Class Honours before moving back to his home town to join the Movehappy team. Jacob has been a keen AFL, basketball and netball player and has also been involved in sports training for these codes. Jacob has a great interest in musculoskeletal physio, manual therapy and dry-needling. Jacob has provided rehabilitation services to the Canberra Aestetics and Plastic Surgery (CAPS) Clinic and provides injury management services for the Australian Federal Police. As a level 1 Sports Physiotherapist with an Advanced Dry-Needling Certificate and level 1 Strength and Conditioning Coach qualification; Jacob has loads to offer to get his clients moving happy! 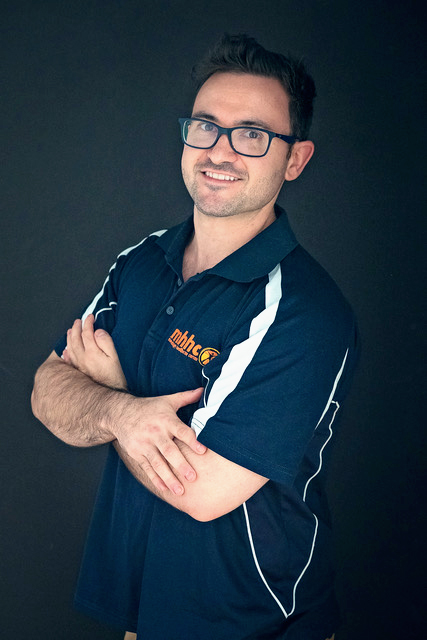 Cameron Smith completed his Bachelor of Physiotherapy at The University of Canberra. Cameron has worked across the healthcare field in a variety of settings; as both a physiotherapist in the hospital system and as the team physiotherapist for various sporting teams. Cameron is an advocate of Manual Therapy as well as exercise prescription and activity modifications.  He is proficient in trigger point dry needling and recently completed a course in Strength and Conditioning. Some areas of interest for Cameron are jaw pain related disorders, as well as chronic / long-term pain. Cameron used to be a landscape gardener, has a background in boxing and Muay Thai and enjoys rock climbing, reading, and hiking. 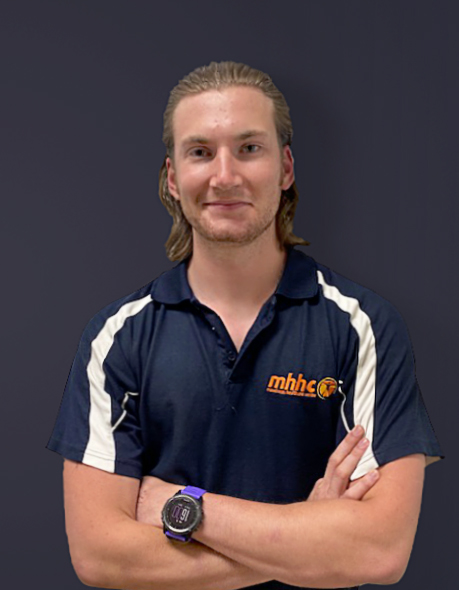 Landon Kasparek is born-and-bred Canberran having studied at Narrabundah College and straight to the University of Canberra to complete a Bachelor of physiotherapy in 2021. He placed top 5 in his year for both musculoskeletal and cardiothoracic physiotherapy courses. He has a keen interest in the complementary relationship of manual therapy and exercise prescription to optimize recovery, particularly in the treatment of back pain.

Having a penchant for picking up new hobbies and skills, Landon’s sports include, but are not limited to, mountain biking, skiing/snowboarding, rock climbing and kickboxing. This list is due to expand imminently after being released from the chains of university assignments and exam study.

Lucy is a proud Canberra local and graduated from UC with a Bachelor of Physiotherapy in 2020. While studying, Lucy worked as a sports trainer for local rugby union and AFL clubs. She gained an internship with the ACT Brumbies and worked alongside sports physiotherapists and elite athletes.

Before joining the Movehappy team, Lucy worked in aged care and the community with a strong focus on rehabilitation for pain management; optimal physical function; and treatment of neurological conditions including stroke and Parkinson’s disease. Lucy enjoys working with a range of clients to achieve their goals and has a particular interest in geriatric and paediatric populations.

Lucy was a keen junior netball player, umpire and coach. She now spends her spare time with her two dogs and horse. She regularly trains and attends local dressage competitions. Having spent several years working in the equestrian industry, Lucy understands the physical demands of both amateur and professional riders.